After 25 minutes of beautiful display of performance inside the ONE cage, Philippines has a new World Champion.

Team Lakay’s Geje “The Gravity” Eustaquio captured the Interim ONE Flyweight World title after dominating former champion Kairat Akhmetov in 5 full rounds en route to a unanimous decision victory in their rematch at the main event of ONE: Global Superheroes.

“The Gravity” displayed a near perfect fight in front of the sold out crowd at the Mall of Asia Arena showcasing the improvements in his striking, wrestling and jiu-jitsu that he worked out all throughout the years. 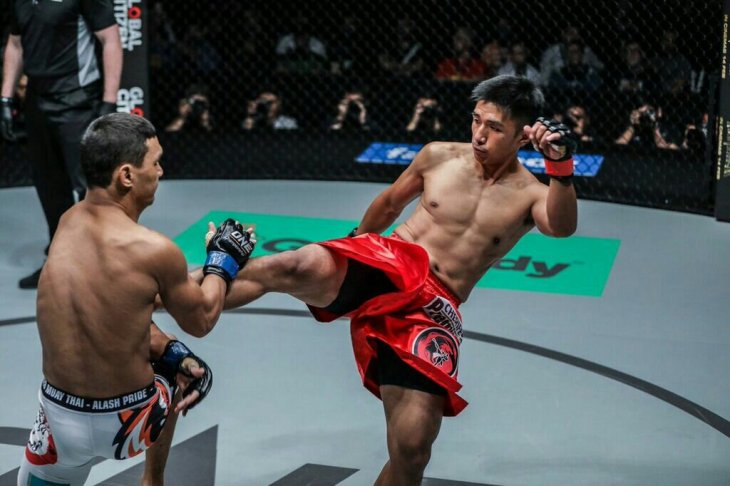 ‘This belt is not mine but it’s ours! My family was always there for me. The Team Lakay family never doubted me. I’m proud to represent this flag and this country all over the world. This champion comes from the third world country called the Philippines,” Eustaquio stated. 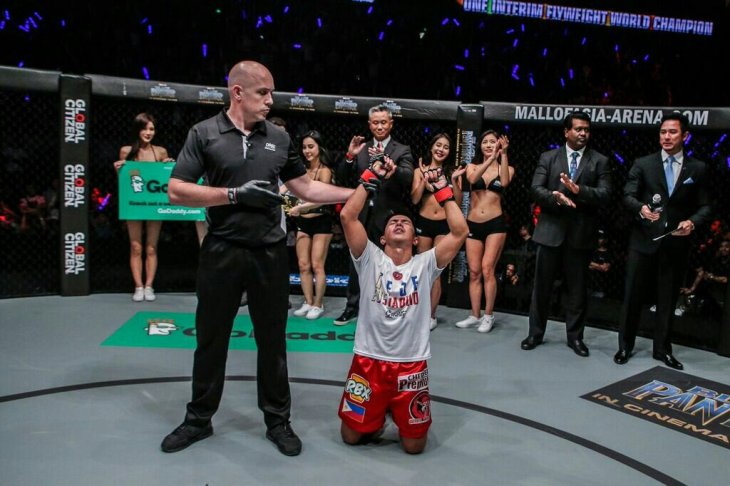 The 28-year-old Baguio native made sure that there would be no controversy this time as he impressively outclassed his Kazakh foe dominating him in their stand-up brawl and in the ground.

In their first fight the Kazakh snatched a razor thin split decision victory in the main event of ONE: Total Victory in Jakarta.

With the victory and now as a interim champion, a potential rematch against ONE Flyweight king Adriano Moraes could be in the works possibly this year, as both fighters showed interest of fighting each other in the post fight interview.

“Give me one more try Adriano. I hope to give you a better fight than 2014,” Eustaquio said. “I’m ready lets rock and roll,” he ended.

Robert Belen is a long-time combat sports writer for dSource Boxing. An avid sports fan, he knows no fear nor partiality in his reporting. If you have a problem with him, tell it to his face. (We bid you not.) You can follow him on Twitter @robertbelen View all posts by Robert Belen